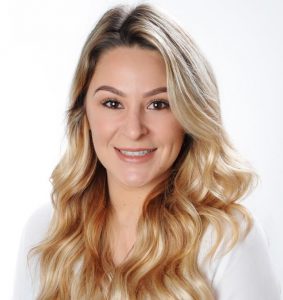 ‘Whilst running my accountancy practice based in Glossop, Derbyshire, I began to work closely with the CEO, Lisa Ashton and the Winnie Mabaso Foundation back in 2015 as their independent examiner, ever since then my bond with the Charity has been ever growingly stronger. I have been hooked on the passion and the determination from the team both in South Africa and here in the UK. I am now delighted to say that I have become the Treasurer for WMF and am excited to get more and more involved with all aspects of the Charity. Being involved in several fund raising activities thus far such as the sponsored four peak challenge in September 2019, I cannot wait to be a part of many more to come in the future.’ ‘I’m a television producer/director working at the BBC in the Religion and Ethics department in Salford. I joined ten years ago and have made programmes as diverse as Fern Britton Meets to films for pupils studying GCSE Religious Studies. Most of the time I make the BBC’s much loved flagship programme Songs of Praise. This takes me all over the country and it’s a privilege to film in some of the most beautiful locations in the country and to meet people who do remarkable work. It’s a long way from where I began my career in television. In the late 1980’s I presented live Saturday morning children’s programmes for both ITV and BBC 1. As well as being great fun it gave me the ability to turn my hand to anything, not be afraid of challenges and to have an open mind. Whether in front or behind the camera I try to bring a creative approach to work. I hope this will be of real use to the Foundation as we seek to find solutions to problems in the future. It’s amazing what you can come up with when you think creatively!

It was when I joined Songs of Praise, ten years ago, that I first got to know Lisa. Anyone who has met her will know that within minutes she had enthused me with her passion for Winnie and the work she was doing for orphans in South Africa. (There’s no escape with Lisa! ) and from then on I was hooked. Anyone who has heard the stories and seen the pictures of the feeding station, the orphanage, and the Grandparents group can’t help but be moved and inspired by the work going on. I was delighted to be asked by Lisa to join the Winnie Mabaso Foundation as a Trustee. It’s a real privilege to be part of a project that makes such a difference to the lives of vulnerable children and young adults. It’s more than a charity, it’s an extended family that embraces not just the people it helps but all those who become involved. 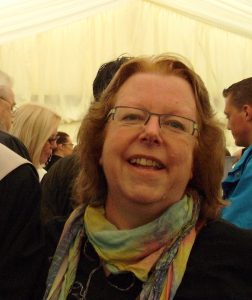 I have been employed my entire working life within the broadcasting industry; starting with the BBC in London and then Manchester. For the last 15 years I have been freelance within TV, working for many different broadcasters. This has taken me, not only all over this country, but throughout the world. During the last 16 years I have also lectured at both Salford and Edge Hill Universities – I am currently on staff as a Part Time Senior Lecturer in Television Production Management.

I have lived in the Manchester area for the last 40 years; I am married (to Robin) and we are the proud parents of 2 grown up sons (James &amp; Alastair) both working and living in London. It was during my time at the BBC in Manchester that I first got to know and also worked with Lisa. A force to be reckoned with! Her passion for this charity rubs off on everyone she meets and I was not immune. I have always tried to help raise funds and awareness for the charity whenever I can. It is a very worthwhile cause where I feel that we can make a difference even with the smallest of donations (be they monetary or otherwise). 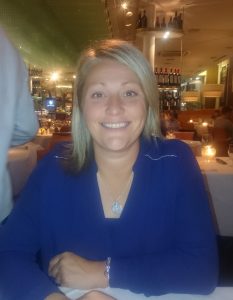 I’ve been a secondary PE teacher for nearly 20 years now, and have organised a number of Sports Tours, taking pupils to various locations around the world. South Africa has always held a special place in my heart, even before getting involved with the WMF, and I’ve visited the country on Sports Tours 6 times. I first met Lisa in 2014 when I was organising our most recent Tour with the school I work for to South Africa. We’ve always found an organisation or charity to support when on tour, and when I talked to Lisa and heard about the work at Ilamula House, it was an obvious choice. At that point, however, I had no idea of how important a part she and the Foundation would end up playing in both the tour and my own life.

As the preparations started to come together, we organised a number of fundraising events, keeping in regular contact with Lisa about how the money could be used most helpfully: it was amazing to be able to say to her that she could buy a generator for the orphanage from what we’d raised, and to know that that would have such an immediate and direct impact on the lives of the girls there.

There simply aren’t words to explain the impact that visiting Ilamula House and the squatter camps had on me.  Seeing the effect the work of the WMF has on the lives of the girls and the families was both humbling and inspiring, and we were all overwhelmed by the love shown to us and everyone there. I knew then that this was an organisation I wanted to be involved with for the long term, and not just through the ongoing fundraising we’re still doing at school. So I am absolutely thrilled at becoming a trustee: it’s an honour, and a role I’m incredibly excited to take on. The charity, the people involved, the girls and families whose lives are being transformed by the work of the Foundation mean so much to me and my family, and I can’t wait to find more ways to help support the inspirational work that they do. 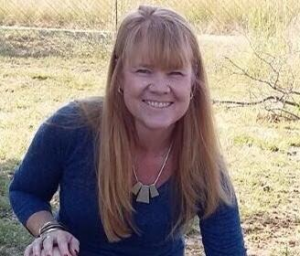 My skills lie in Event and Conference Management as well as Executive Assistant experience. I have worked in the Accounting and Financial Services Industry. I was fortunate enough to meet Winnie around 2004 and was immediately touched and moved by her dedication to her community and particularly to the children she started taking under her wing when they became orphaned. The company I worked for at the time held a charity golf day in support of Winnie and she attended the prize giving of this very successful day. Sadly she passed away a few months later and it was shortly after this that I was honoured and privileged to meet Lisa Ashton where we found we were both dedicated to honour Winnie’s memory and continue her legacy. I have watched as Lisa has tirelessly devoted her time and love to the Foundation and have assisted wherever I can. It is truly an honour and a privilege to be part of this team to carry this amazing work into the future. 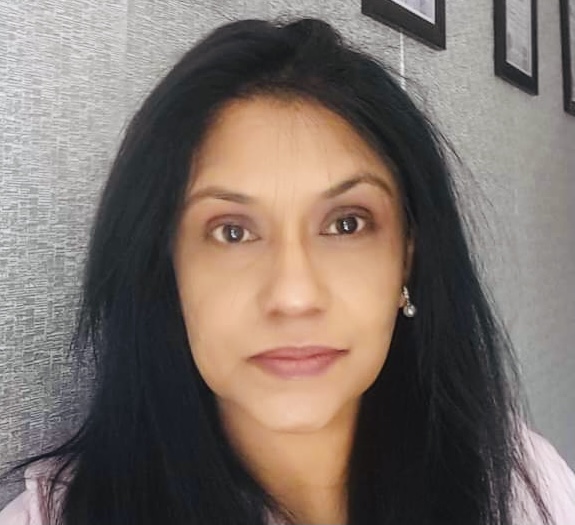 I am a psychologist specializing in trauma containment and management. I run a practice at a hospital in South Africa as well as a private practice. Responding to the huge social challenges we face as a country, I work part-time at an NGO that protects children. Supervising psychology interns,we make psychological assistance freely available to communities that would otherwise not have access.
My passion and divine calling lies in building communities.Our challenges as a country are many, hence, responding to it is a moral imperative.
My association with the Winnie Mabaso Foundation,albeit recent, has been a blessing, I am overwhelmed by the support that the organization receives and the lasting impact it yields in the lives of the girls. This is indeed heartening and only possible due to the tireless efforts of the wonderful team led by Lisa. 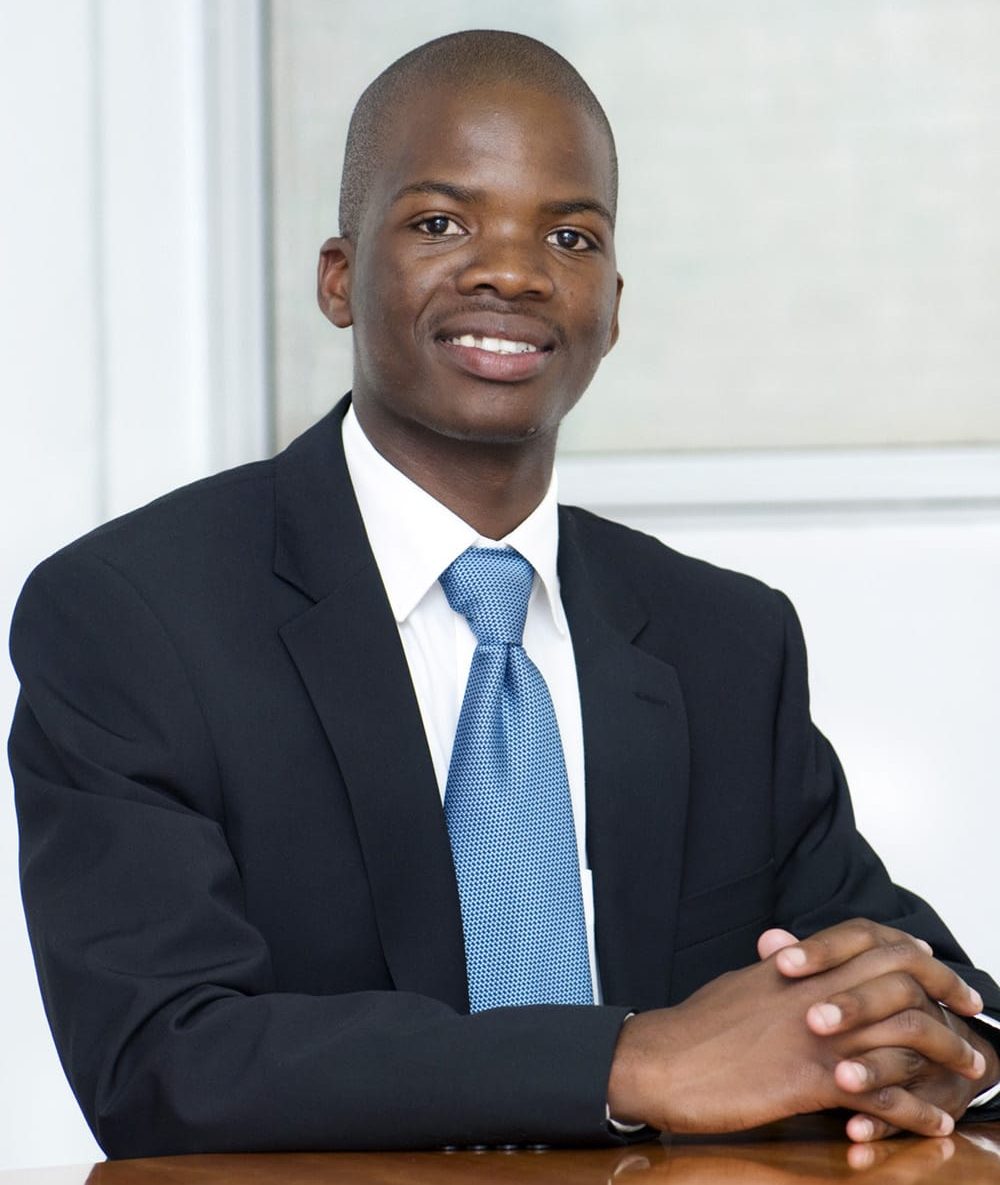 Mlu has a passion for education and is interested in ensuring that the beneficiaries of the Winnie Mabaso Foundation have access to good quality education. He is interested in ensuring good governance and efficient capital raising for the foundation. Mlu has lived most of his life in South Africa and spent a year studying in the Netherlands.
Mlu’s background is in law and finance having previously worked for banks and law firms. He holds the following degrees: LLB (cum laude), LLM (Banking Law), LLM (Finance and Law), and is pursuing an MBA. Mlu is also interested in art and seldom collects artworks of South African artists. 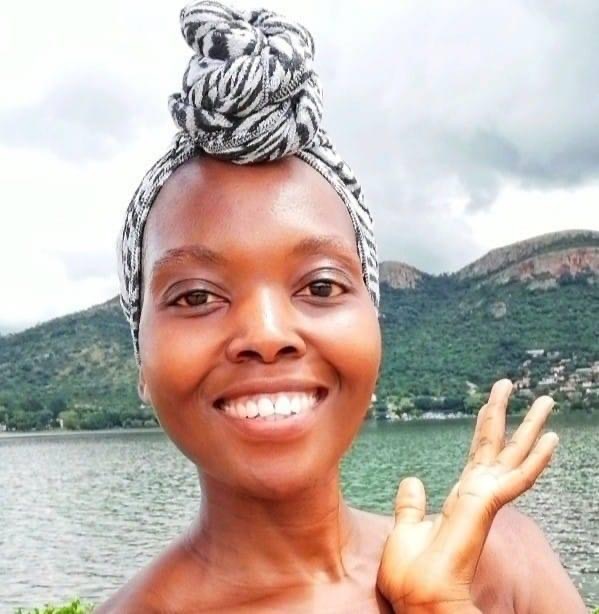 I am a teacher by calling and a mathematician by training. I practice as a Holistic Health Coach and am very passionate about empowering others to be experts of their own health. I especially have a deep interest in the impact of the food we eat on different areas of our lives including energy, physical and emotion wellness. My contribution to the foundation will be nutrition based and helping the girls and the community learn about healthier options and how they can thrive through making small changes.

I trained with womanly wealth academy and have been immersed in the health and wellness space for over 10 years. I believe in taking a holistic approach to life and am honoured to share my knowledge and to bring healing.